A cardboard coffin and his own row of seats in the cabin: How Soleimani’s body was flown to Tehran on a passenger jet

The body of slain Iranian commander Qassem Soleimani was pictured inside a cardboard coffin and resting across a row of seats on board a plane as it was flown from Iraq back to his home country for his funeral.

The remains of the feared Quds commander and four other members of the Revolutionary Guard top brass killed alongside him in a US drone strike last week were marched through the streets of Baghdad before being loaded on to the aircraft and flown to the city of Ahvaz, in southwest Iran.

Footage from the flight shows cardboard coffins laid across rows of seats in what appears to be the economy section of the plane as video tributes to Soleimani play on the in-flight video screens.

Following the massive funeral marches in Iraq and Ahvaz where protesters chanted ‘death to America’, Soleimani’s body was taken to the northeastern Iranian city of Mashhad.

From Mashhad, Soleimani was flown to Mehrabad International Airport in Tehran.

A video of the journey posted on social media on Sunday showed five cardboard boxes resting on seats in the cabin of a passenger jet rather than being loaded into the cargo or baggage compartments.

Once Soleimani’s remains arrived in the capital, Ayatollah Ali Khamenei prayed over them at Tehran University before he was taken to the holy city of Qom for a ceremony at Masumeh shrine, ahead of a funeral on Tuesday in his hometown of Kerman. 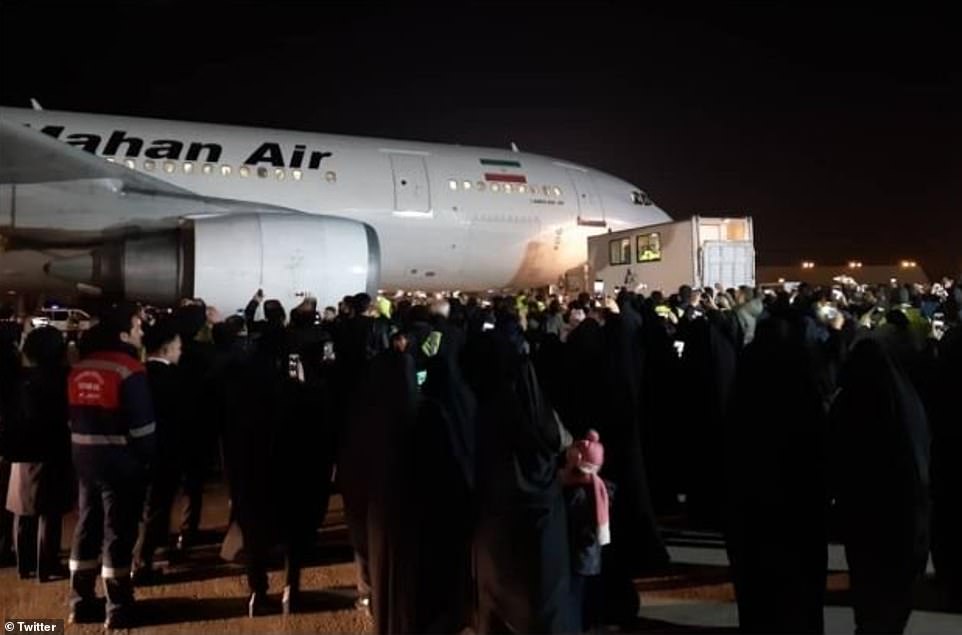 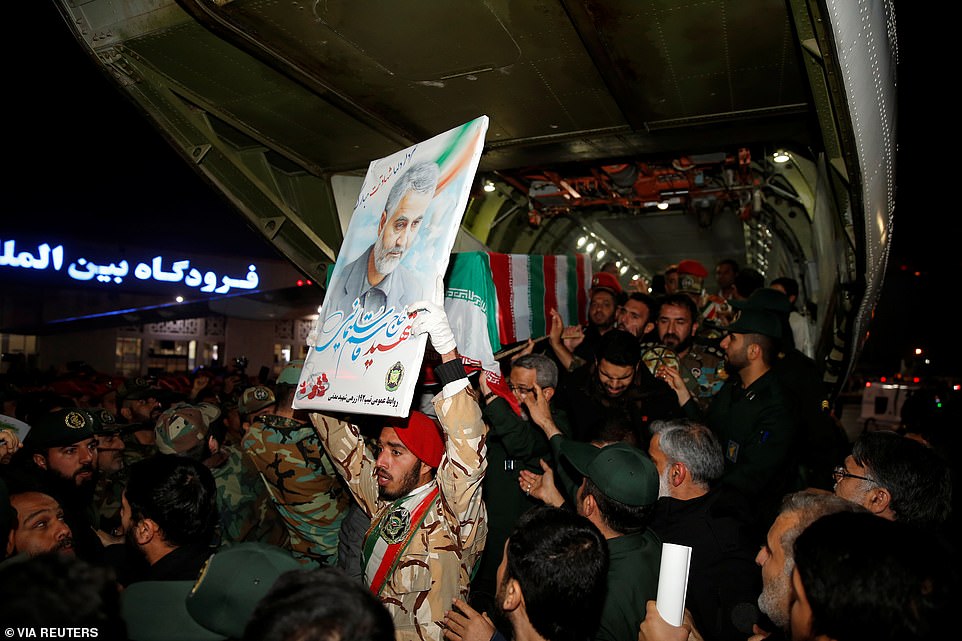 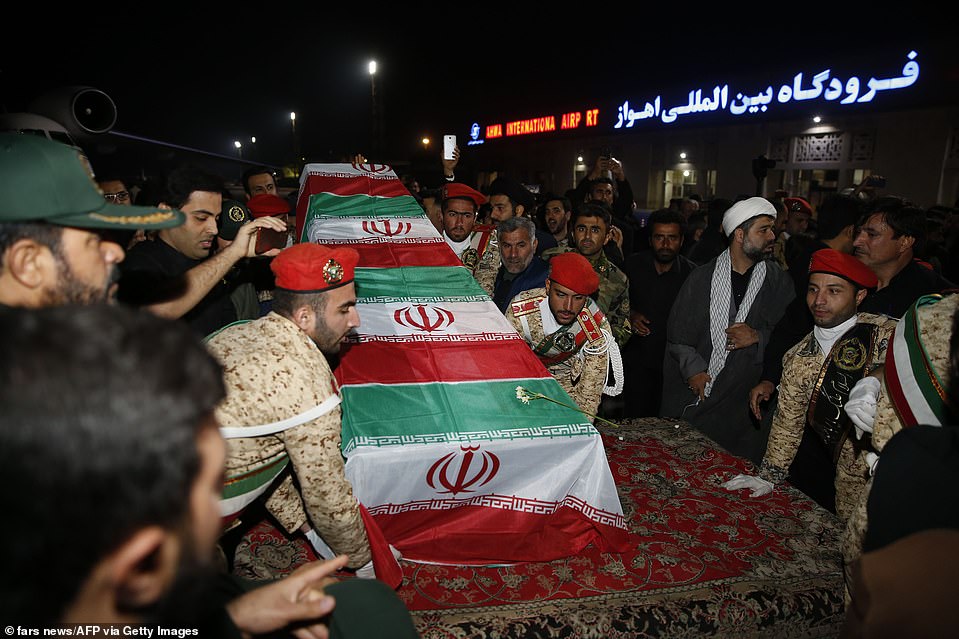 Soleimani, the architect of Iran’s overseas clandestine and military operations as head of the Revolutionary Guards’ Quds Force, will receive the first funeral in which a single man is honoured with a multi-city ceremony.

Not even the Islamic Republic’s founder, Ayatollah Ruhollah Khomeini received such a processional with his death in 1989, and experts said the crowds estimated to be one million on Sunday are the largest seen in Iran since his funeral.

Soleimani on Monday will lie in state at Tehran’s famed Musalla mosque as the revolutionary leader did before him.

Ahvaz city was the focus of fighting during the bloody 1980-88 war between Iraq and Iran in which the general slowly grew to prominence.

Video from the scene of the march in Ahvaz showed a casket wrapped in an Iranian flag being unloaded from a plane as a military band played.

A tide of mourners flooded the two Iranian cities and Baghdad, weeping and beating their chests in homage to Soleimani and angrily chanted ‘death to America’.

Iran issued a threat of retaliation on Saturday, when Revolutionary Guards commander Major General Hossein Salami promised ‘a strategic revenge which will definitely put an end to the US presence in the region.’